Who are Pentagram Design?

Pentagram is the largest multi-disciplinary, independently-owned design studio. It was founded in 1972 by 5 men (Alan Fletcher, Theo Crosby, Colin Forbes, Kenneth Grange, and Mervyn Kurlansky) in Notting Hill, London. Pentagram was founded on the premise of collaborative interdisciplinary designers working together in an independently owned firm of equals.

What do they do?

Their work revolves around graphics and identity, products and packaging, exhibitions and installations, websites and digital experiences, advertising and communications, sound and motion. All 24 of their partners are all practicing designers. They are the only major design studio where the owners of the business are the creators of the work and serve as the primary contact for every client. This reflects their conviction that great design cannot happen without passion, intelligence and above all personal commitment, and is demonstrated by a portfolio that spans five decades, from many industries, and clients of every size.

The Original 5 founders of the firm

Alan Gerard Fletcher (27 September 1931 – 21 September 2006) was a British graphic designer. In his obituary, he was described by The Daily Telegraph as “the most highly regarded graphic designer of his generation, and probably one of the most prolific”.

Theo Crosby RA (3 April 1925 – 12 September 1994) was an architect, editor, writer and sculptor, engaged with major developments in design across four decades. He was also an early vocal critic of modern urbanism. Colin Forbes (b. 1928) is a British graphic designer. He is notable as a former head of the graphic design program at the Central School of Arts and Crafts in London, and as one of the founders of the Pentagram design studio.

Sir Kenneth Henry Grange, CBE, PPCSD, RDI (born 17 July 1929, London) is a British industrial designer. Grange’s career began as a drafting assistant with the architect Jack Howe in the 1950s. His independent career started rather accidentally with commissions for exhibition stands, but by the early 1970s he was a founding-partner in Pentagram, an interdisciplinary design consultancy.

Mervyn Kurlansky is active in design education. He lectures extensively and serves on design juries for both educational, cultural and professional organisations, world-wide. 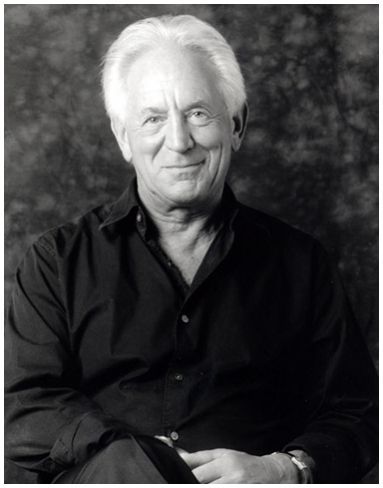